AM Asks Welsh Govt to Call In Newton Housing Plans 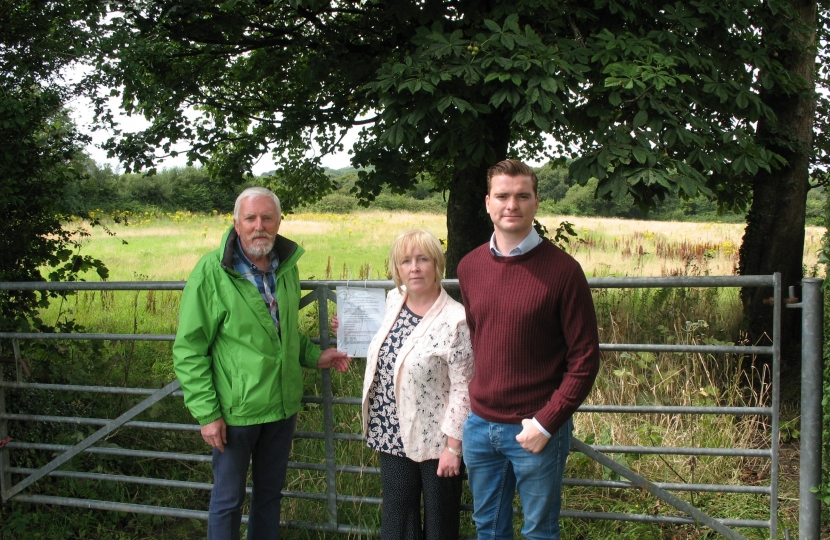 REGIONAL AM Suzy Davies has asked Welsh Government to call in controversial plans to build new houses on open countryside in Newton.

Suzy, who is a Welsh Conservative, has objected to proposals from development company Westacres to build up to 61 dwellings on land at Summerland Lane.

The application was the subject of a pre-application consultation when objections were lodged by local residents, Mumbles Community Council and local Swansea City Councillors Will Thomas and Myles Langstone as well as Mrs Davies herself.

The application has been lodged ahead of the inquiry into the Swansea Local Development Plan. This site has been  included by Swansea Council in the LDP as being suitable for housing.

But no decision has yet been made on the plan and a planning inspector is due to go through it line by line at an inquiry probably due to start in January. Residents will have the chance to object to the proposal again at that point.

Suzy Davies said: “I am disappointed that the developers have decided to proceed now with a formal application after the variety of objections that were raised during the pre-application consultation. Knowing the controversy affecting this land, these attempts to get this scheme approved “under the wire” are in my view completely without integrity.

“This planning application is to develop a piece of green wedge land. End of. Just because it may – and there’s no guarantee – be subject to a change of status at some time in the future is no reason to ignore the plan currently in force. Crystal balls have no place in the planning process – but judicial reviews do.

“If the council is inclined to approve this application, it would set a precedent for other controversial sites. Other developers would decide to get their applications in before the public inquiry is held into the LDP.”

She went on: “Welsh Government has set out a series of stringent conditions that must be met before they will contemplate a call-in and I believe that there are grounds here in relation to at least three of them.”