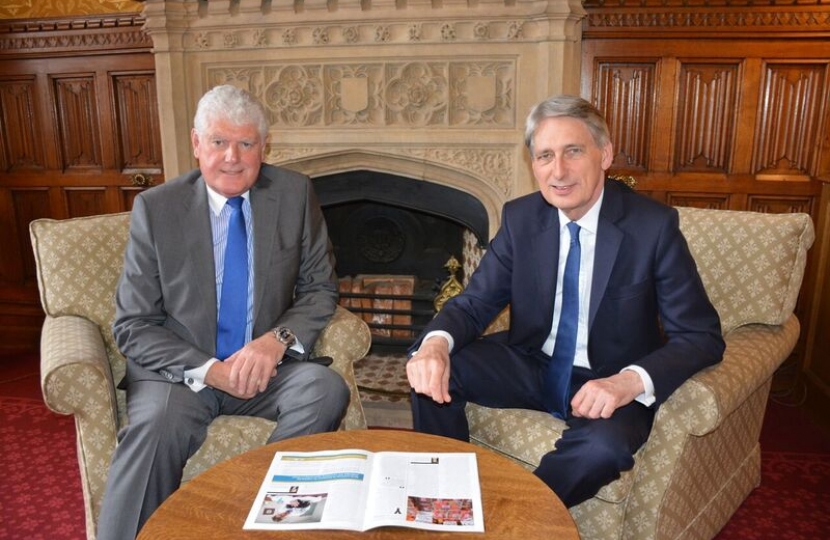 The UK Conservative Government is running a budget surplus for the first time in over 15 years, helping to creating a healthy economy for future generations.

The last UK Labour Government left the country bankrupt and as the then Chief Secretary to the Treasury said - There’s no money left! Fortunately, the Conservatives took immediate action to fix the nation’s finances and now, for the first time since 2001, all of the UK’s day to day spending is covered by our income through tax revenues.

The International Monetary Fund (IMF) has credited former Chancellor George Osborne for the action he took during his time in no.11 and said that Britain has set an example for others to follow as we slashed the deficit by cutting public spending, rather than raising taxes. The UK Conservative Government did not accept Labour’s advice to tax, spend and borrow – which would have caused damage to our economy for future generations.

Labour’s economic incompetence has been further highlighted by their attacks on the Conservative Government’s approach to fixing the UK’s finances. A reminder that we can’t trust the Party that crashed the economy to take control of it again.

Despite Labour’s persistent attacks on the tax cuts introduced by the Conservatives, we’re proud that we’ve managed to bring in enough revenue to run a budget surplus and also cut tax for the country’s lowest earners – under the Conservatives the tax-free personal allowance increased from £6,500 under Labour to £11,500 today. We’ve also created 1000 jobs for every day we’ve been in Government, with the income of the lowest 10% of earners rising more than the top 10% since 2010.

Tax revenues have also been increased through cuts to corporation tax.  Attacked by Labour as helping ‘the few’, the reality is that corporation tax, which stood at 30% under Labour in 2008, has been reduced to 19% to bring in more revenue. This reduction has provided stimulus to the economy and the figures speak for themselves - in 2016/17, the UK raised £56bn through corporation tax, a 21% increase on the previous year. The Conservative Government has also raised £160bn through measures to tackle tax evasion and avoidance since 2010.

The record of Conservative success since 2010 stands in stark contrast to the attacks of the Labour Party and we’re delighted to see real results for the British economy.