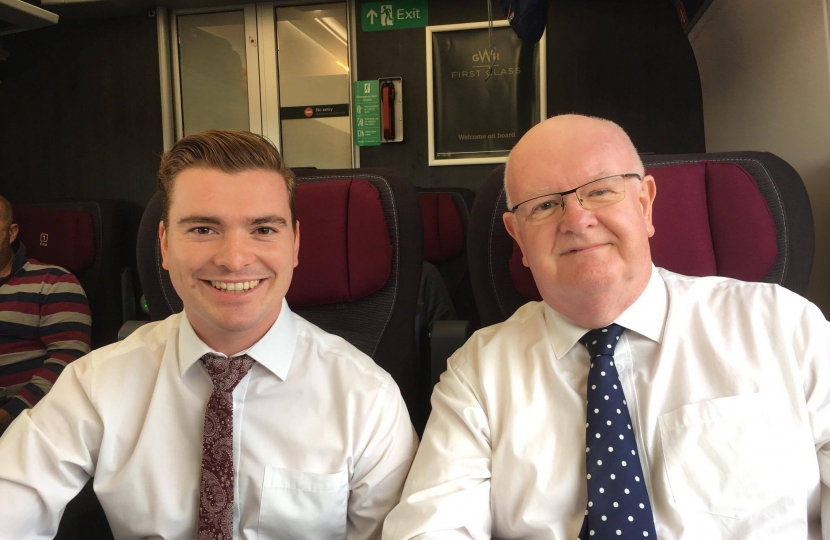 Cllrs Lyndon Jones, Myles Langstone & David Helliwell were all on board the new bi-mode Hitachi train as it arrived in Swansea and are delighted with the improvements to the service.

Leader of the Conservative Group on the City & County of Swansea Council, Cllr Lyndon Jones said, “We’re very pleased that the new trains are now up and running, which is great for Swansea. We haven’t had a train upgrade for decades and when you look at the state of the old trains, it’s clear the desperate need for improvement”. "We now look forward to the investment in stations and the possibility of a Swansea Parkway station, which would benefit Swansea and the whole region".

Cllr Myles Langstone, the Conservative Group’s Transport Spokesperson said, “Improvements to this service and making the route to South Wales more attractive has been needed for some time. The fact that it has been brought in at the earliest opportunity by the UK Government is to the benefit of consumers who will now enjoy faster, more comfortable journeys and will hopefully improve visitor experiences."