Welcome to Gower Conservatives, covering Gower and Mumbles, extending north to Garnswllt and east to Clydach. We're here to help you, so please don't hesitate to get in touch. 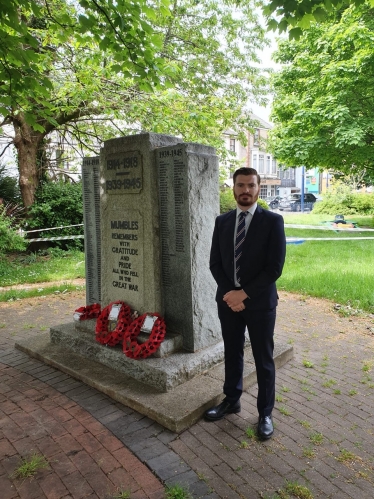 On the 75th anniversary of Victory in Europe Day (VE Day), Conservative Councillors across Swansea visited cenotaphs and memorials in their wards to lay wreaths on behalf of their communities.

On VE Day we remember the victory of the Allied Forces over the Nazi Regime, bringing an end to the Second World War in Europe, and celebrate the freedom and peace in Europe which followed. We also reflect on the incredible sacrifices that the generation who won the war made during this time.

Welsh Conservative Councillors have called on the Welsh Government to ensure…

More investment for our Welsh NHS

Boris Johnson: We will meet our obligations to Hong Kong, not walk away

Britain wants nothing more than for Hong Kong to succeed under “one country,…

How we're protecting jobs, businesses and livelihoods as we begin to kickstart our economy

Our top priority has always been to support people, protect jobs and business

This is why Pride Month matters

Conservatives will always fight for a free, fair and tolerant Britain.

This map shows the extent of Gower constituency that we serve - incorporating communities across Mumbles, Gower and north Swansea. This should be a quick and easy way of finding out whether you are a constituent and whether we can help you with anything. If your community is not included in this map, our neighbouring constituencies are; Swansea West, Swansea East, Carmarthen East and Dinefwr, Llanelli and Neath.