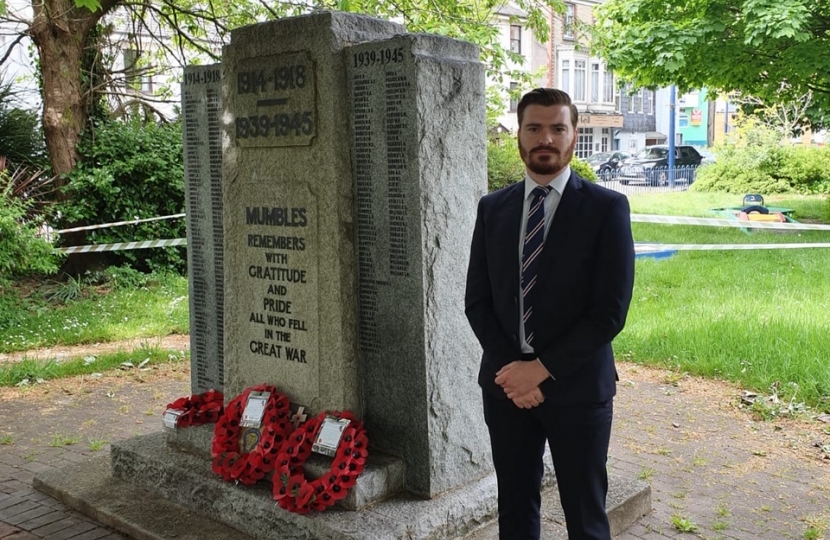 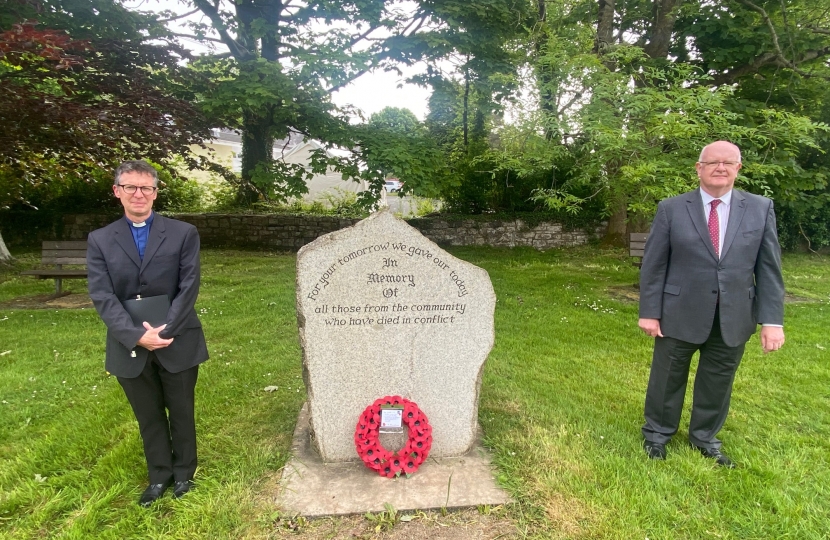 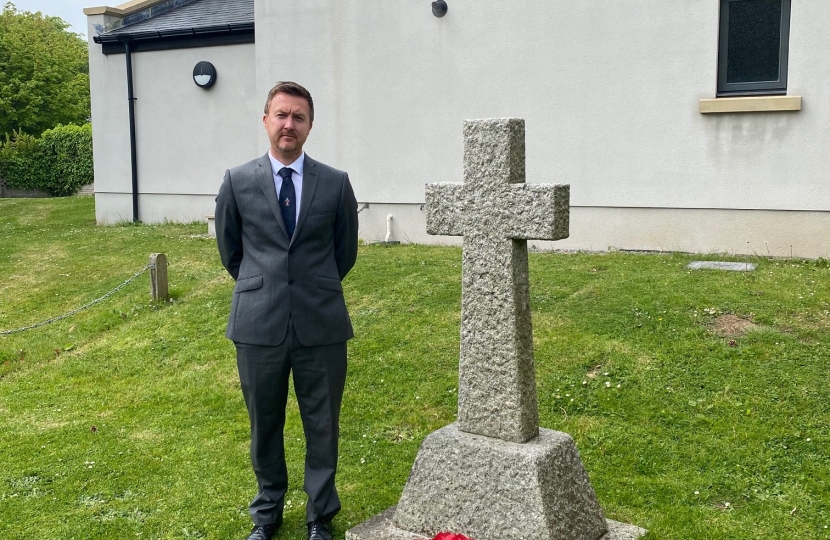 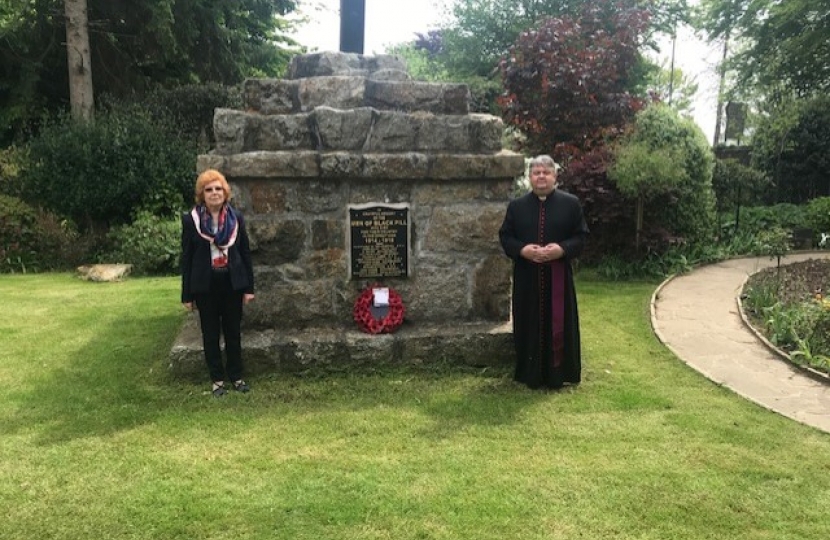 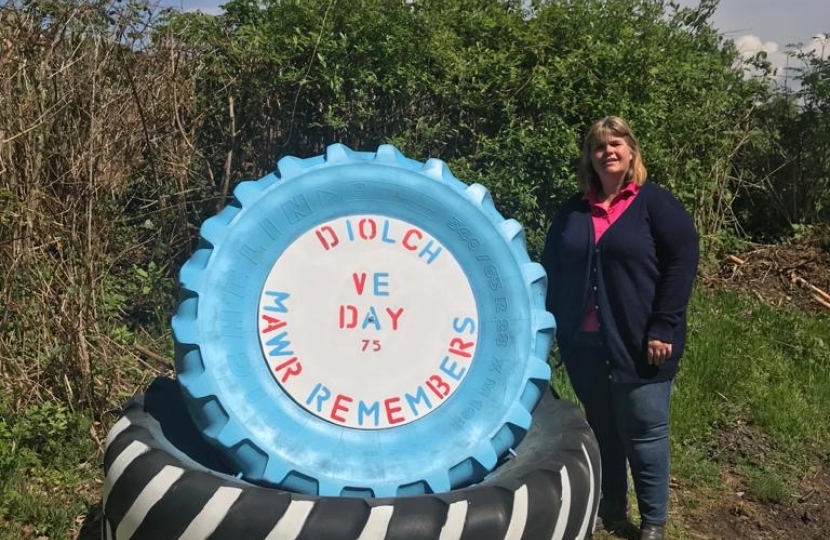 On the 75th anniversary of Victory in Europe Day (VE Day), Conservative Councillors across Swansea visited cenotaphs and memorials in their wards to lay wreaths on behalf of their communities.

On VE Day we remember the victory of the Allied Forces over the Nazi Regime, bringing an end to the Second World War in Europe, and celebrate the freedom and peace in Europe which followed. We also reflect on the incredible sacrifices that the generation who won the war made during this time.

While the country remains in lockdown, the major events which had been planned for the landmark commemoration could no longer go ahead.

In response, residents across Swansea have decorated houses and streets with bunting and have engaged with commemorative events from their own homes.

Local representatives were also prompted to pay a mark of respect on behalf of everyone who couldn’t be there.

Commenting on the day, Cllr Lyndon Jones said, “It was a great honour to lay a wreath on behalf of the communities of Bishopston, Murton, Manselfield and Caswell, and also on behalf of the Chairman of the Community Council Sue Dunce.”

In his message, Cllr Myles Langstone said, “We remember and show our eternal gratitude to those who lost their lives and sacrificed so much in defence of our freedom and peace. At this difficult time, we can appreciate that freedom more than ever and draw inspiration from the war generation and the spirit they carried.”