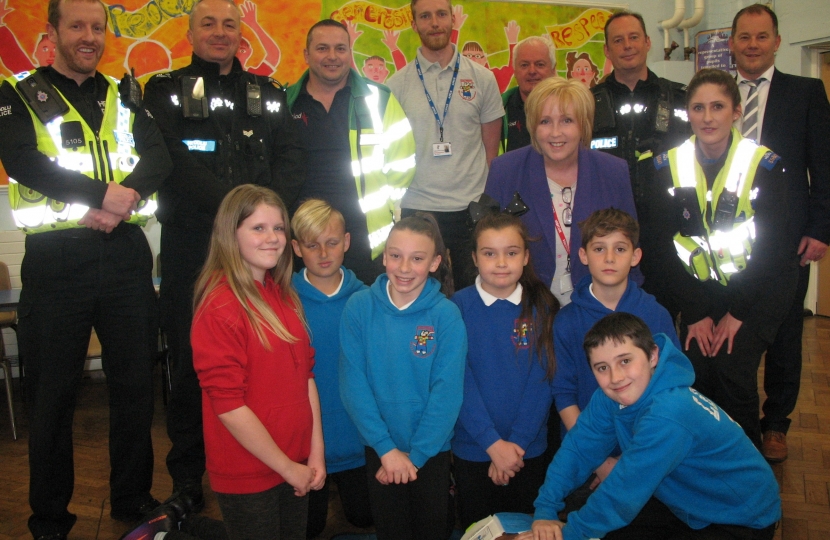 News that less than a quarter of the schools within Swansea have received first aid training for pupils is worrying Regional AM Suzy Davies.

Mrs Davies, who is a Welsh Conservative, has been lobbying hard for life saving skills to be put onto the national curriculum – a move which members of all parties at the Assembly have backed.

She said she was very disappointed with the results of a survey carried out on behalf of the Red Cross, St John’s Cymru and the British Heart Foundation.  The information was released on Restart a Heart Day.

Mrs Davies, who has organised her own first aid training sessions and is also fighting to get defibrillators located in public  places throughout the country, went on: “People who suffer a cardiac arrest outside of a hospital have less than a one in ten chance of surviving.  And your chances of surviving drop by ten per cent for each passing minute. That’s why early CPR is so important – and this is the skill we need to teach not only in our schools but across society.

“Early defibrillation is another key element which is why I am backing moves to get them located in shops, public buildings, disused telephone kiosks and even in boxes on the streets. People can use these without training as they are very straightforward.”

The survey revealed that the best performing local authority in Wales is Monmouthshire where more than 61 per cent of schools have had this training laid on for pupils. Swansea has 24,2 per cent. Conwy is worst with only three per cent.

Mrs Davies added: “I will be writing to the council leader Rob Stewart  to urge him to ensure that this training is available to pupils throughout the borough. It is a skill that will last all their lives and could save someone else’s life. What’s not to like about it?”