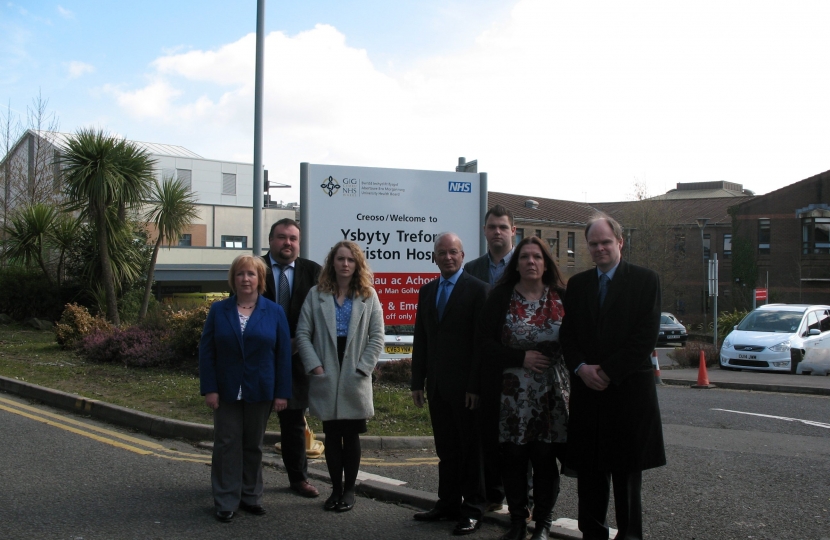 REGIONAL AM Suzy Davies has raised questions with Welsh Government over its proposals to consider changing the boundaries of the Abertawe Bro Morgannwg University Health Board.

Proposals are now under consideration at Cardiff Bay to take the entire Bridgend County Borough Council area out of ABMu and transfer it to the Cwm Taf Health Board. This means that Princess of Wales Hospital, which provides many services to residents in Port Talbot and Neath, would no longer be under the control of ABMu but would be run by Cwm Taf.

At the moment, the health board is still looking into all the implications of the change which would see ABMu lose one of its four major hospitals and a chunk of its population.

Welsh Conservative Suzy Davies said: “I know that there will be a full consultation on any proposals that are produced in the autumn with a final decision due in the spring. At the moment, health officials believe that the changes may be administrative only with patients still able to access the services they currently use at Princess of Wales Hospital.

“However, when I raised the issue with the Chief Executive of Cwm Taf Health Board in a recently, she confirmed that discussions were still at an early stage but “we’re keen that nobody does anything between now and the outcome of consultation that we might have to subsequently undo”.  I hope that’s not code for delaying, freezing or preventing any improvement or investment plans the hospital is looking to ABMu for in the short and medium term.

“We need some clarity as to how residents in other council areas will be affected. Maternity services for NPT are provided by POW, apart from a midwife led unit, so many pregnant woman find themselves giving birth in Bridgend. Also, the decision to take away many front line services from NPT Hospital several years ago on safety grounds and to transfer them either to Morriston or POW means that many patients are treated now in Bridgend.

“And despite serious capacity problems in Morriston, I also fear that ABMu will be tempted to keep services in-house rather than pay Cwm Taf to treat people at POW. There are already massive delays in both surgical waiting times and A&E treatment at Morriston and anything which could increase the number of people trekking westwards to that already-overstretched hospital is very worrying.

“I know that Welsh Government is keen to bring the council area of Bridgend into the Cardiff City Bay area but it may be a step too far to also push health services eastwards to Cwm Taf.

“I will be questioning Cabinet Secretary for Finance and Local Government Mark Drakeford on this plan as well. My fear is that if POW gets taken away from ABMu and comes under the control of a different health board, is this a sign of things to come for other health services?  It matters because the Western Bay programme, which is working towards better integration of health and social care, includes residents of Bridgend county borough as well as Neath Port Talbot and Swansea; the ABMu footprint.  The council might also have to deal with the impact of the borough’s main hospital falling into another health board’s territory.

“This is a decision that not only impacts on the eastern end of the ABMu area but could also have repercussions on services throughout the rest of the board’s area as well. We need clarity from Welsh Government about its plans and an assurance that any consultation that takes place will carefully consider the views not just of health managers and clinicians but also of the public that they serve.”