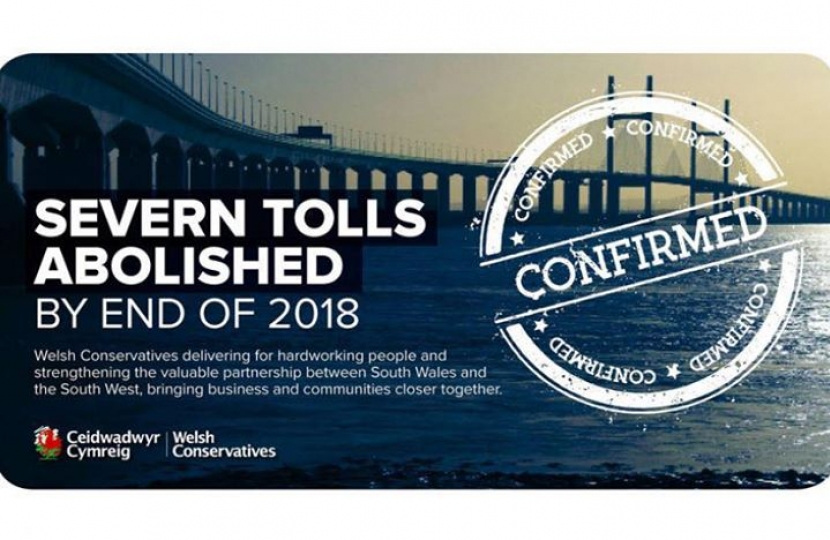 The UK Conservative Government has confirmed that the tolls on the Severn Bridge will be abolished by the end of 2018!

The Prime Minister had pledged to scrap the tolls at the General Election in June and is now delivering on her promise. The Severn Bridge tolls will revert to public ownership by January, which paves the way for charges on motorists entering Wales to be scrapped entirely.

“Scrapping the tolls could deliver a £100m boost to the regional economy whilst proving that Wales is open for business.

“But the final piece in the jigsaw is making progress on the M4 relief road, and it is vital that we now see progress at earliest opportunity if we are to see the full benefits of scrapping the tolls.

“Once again Conservatives are delivering for Wales, and this announcement will drive significant economic benefits to the wider region around the crossings.”

"I have long argued that the toll charges on entering Wales have been a serious economic barrier. With this barrier being removed by the end of next year I am certain that new business opportunities will open up for Wales and that our local economy will see a boost.

"For many businesses operating in England, toll charges are disincentive to coming to Wales and I'm delighted that the UK Conservative Government has taken action to support the Welsh economy."